How to get to Tigre

How to get to Tigre, a step-by-step guide of the various options to get to this beautiful place in the city.

It is a municipality located 30km from CABA. Converted into one of the most interesting tourist sites, where thousands of people attend to enjoy the surroundings and the river.

In this note, we are going to tell you how to get to Tigre from the city of Buenos Aires.

In this other note we already tell you how public transport works in the city, and the need to have the SUBE card.

Take this information into account for the following transportation options to Tigre: 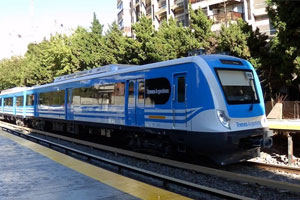 There is no faster or cheaper way to get there than the Train. You have to take the MITRE- RAMAL TIGRE Line, from the train station in Retiro.

Here, trains arrive and depart, to and from Tigre, every day of the week, every 15/20 minutes. The start is at 5am, and the last train leaves at 11pm.

Given the global situation of COVID-19, both the schedules and the permits and protocols in force, can be modified. For this reason, here we leave the Mitre Train website to have updated and current information.

They are usually scheduled, so you will be able to count on a minimum of organization.

The duration of the trip is approximately 54 minutes. You have to get off at the last station of the Ramal TIGRE train. 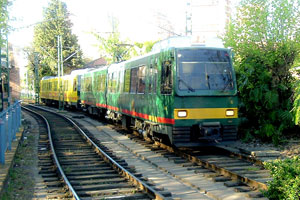 It is a train with more style, and a route a little more picturesque than the Mitre. Pass through the most beautiful neighborhoods in the north of the city.

A daily ticket can be purchased, allowing you to visit the various stations.

Its value is double than the Mitre Train, but there are several people who select it as one of the activities for a full day, ending at the Tigre.

Likewise, to be able to start the trip on the Tren de la Costa, you must first take the Mitre Train – RAMAL MITRE (different from the one mentioned before), which also leaves from Retiro. Here we leave you the link to see the schedules.

At the station where you must get off, MITRE station, there is a pedestrian link from said station that connects them with the Tren de la Costa, ending their journey in Tigre.

The bus is more expensive than the train, and, tied to the dependence on the level of traffic in the city, it could become a much longer journey as well.

It could take 1: 30hs or more, depending on where you start from and the amount of traffic the city has.

The positive is that the line that goes to Tigre passes through several neighborhoods of the city, so it is easily accessible. Bus number 60 begins its journey in Constitución and crosses a wide variety of neighborhoods in Buenos Aires until it ends in Tigre.

Also, given the situation of COVID-19, there are protocols that are being modified depending on the measures taken by the Presidency of the Nation. We recommend always being well informed before planning the trip. 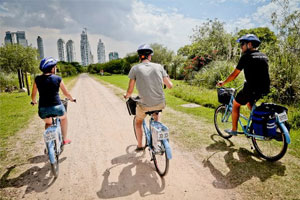 For city cyclists, the Buenos Aires / Tigre route is one of their favorites. Not only is it a beautiful route to recreate the view bordering the river, but you also have the possibility to get on the train at any time you want.

A great option is to do the round trip by bicycle and return on the Mitre Train with the bike in the van.

In Buenos Aires, there is the possibility of renting bicycles for a day, so this means of transport is also suitable for all audiences and is not so expensive. In addition, it is good to do a little physical activity, while at the same time breathing a little air and nature along the way.

To go by bike, you must take the bike path found in Av. Libertador. Once you leave the city, you can take Paseo Vicente López, then go down Calle Elcano and take Av. Libertador until arriving in Tigre on Calle Italia.

Obviously, another possibility to get to Tigre is the car.

For the route Buenos Aires – Tigre by car, there are two options:

The area has a variety of parking lots to park the car.

If the visit is made on weekends or on holidays, it is likely that you will find a little more complicated to find a place to leave the car on the street.

An important fact is to avoid reaching the roundabout of the stations, to avoid the suffering of traffic!

Ideally, park the car a little further away and walk to your destination. Walking through Tigre is also beautiful!

What to do in Tigre

After counting on the different ways to get to Tigre, we leave you here a note with everything you can do in this beautiful municipality of the North Zone of Buenos Aires.