How to travel through Buenos Aires

How to travel through Buenos Aires, a guide on the operation of the means of transport that this huge city has.

Besides being the capital of the country, Buenos Aires is one of the largest cities that Argentina has, and therefore, there are many things to do and places to visit. 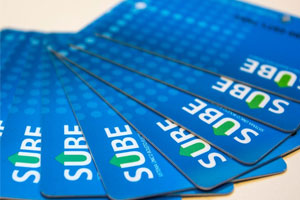 The first thing you will need is to have the SUBE Card, which is purchased and loaded as you use it.

It is a magnetic card to pay for all public transport in the city. If you do not have this card, you will not be able to travel by bus or subway.

Its functionality is with credits, which are charged prior to traveling. You can leave a balance and go using it, to recharge as you consume it. The positive is that it can have a negative balance, which allows you to use it for a longer time. But, do not forget to recharge it because the negative balance has a limit and you will not be able to travel! The negative balance also varies its amount according to the increase that the ticket amounts are suffering, so do not trust so much as something in your favor!

Where to buy the SUBE Card

It is a card that you will be able to buy in almost all subway stations, mail, lottery shops and kiosks.

If you see the sign hanging on the door of the store, then it is very likely that you can buy the card and / or charge it.

Beyond being easy to find, we prefer to play it safe and we recommend that you check here the different sales sites on the SUBE website

The positive thing about this card is that it is not personal. That is, it can be used by more than one person, and pay for more than one trip with a single card. They can even leave the card to another tourist when leaving the city of Buenos Aires, or even save it for someone who knows that they will also come to the country.

The only thing that you should not forget is to charge it with enough credit for the trips you are going to make. But, if you forget to load it, don’t worry too much, since you can ask another passenger to pay for your ticket, and in return, you provide the cash for the cost of your trip. If it is lost, we recommend purchasing a new card.

Having said all this, we are going to delve into the different types of transport that the city of Buenos Aires has:

It is a means of transport that moves to any tourist site in the city. The only exception is La Boca, but it reaches all the rest and quickly, safely, easily and avoiding all the traffic in the city.

The Subway network is much smaller in relation to the size of the entire city, but it is very simple to understand how it works.

Buenos Aires has 6 different lines, which are identified with colors and letters.

Lines A (Light Blue), B (Red), D (Green) and E (Violet), can be visualized as the branches of a large tree. From the center of the city, they branch out to other areas from east to west.

Lines C (Blue) and H (Yellow), are the two that cross from north to south the rest of the lines mentioned above. Which means that these two lines are the ones that make connections with the other lines of the subway network.

We leave here the map of the Buenos Aires Subway Network so that you can see all the routes, colors and letters respectively.

To take into account, all stations have their own name, even if they are stations to combine with others. The important thing is that you pay attention when combining the subway lines, since the same platform can have different names according to the line to which it belongs.

Likewise, the subway operators always advise which station it is and which one they combine with, so they should not get lost or miss a station.

Given the global situation of COVID-19, the schedules, frequencies and protocols of the Subway service are changing according to the measures taken by the government. For the same reason, here is the website of the Buenos Aires Subway Network so that you can stay informed.

It is a service that usually works well, although, sometimes, there may be some delays and at peak times they are quite loaded with people (outside of the current pandemic situation). We recommend avoiding the subway between the hours of 7am to 10am, from Monday to Friday, on all routes towards the center. The same for the schedule from 6pm to 8pm, but in the reverse way, from the center.

Unfortunately, getting on a bus in this city is more complicated. The main thing is to find the right stop and know where to get off.

It is likely that, as tourists, it is not necessary to use the bus, since the subway is a better option, but just in case, we are going to leave you a couple of recommendations:

When you are already clear about the route you must take, you only have to wait at the indicated bus station. You will see the number of the bus you must take, and, many times, a description of the streets where it passes. They usually look like this:

To make the bus stop and you can get on, you will have to raise your hand, it is the signal for the driver to know that you want to get on that line. If you have more people in line, you always have to respect the order of arrival at the stop, as well as, always go up ahead.

When you have already got on the correct bus line, you must tell the driver how far you are going so that he can charge you for the ticket with your SUBE card. You put the card in the machine and you must wait for it to make a green light or a sound that it is already paid. Once the payment is made, the same machine informs you how much balance is left on your card, discounting that ticket that you have just paid. And now yes, you can get comfortable and enjoy the trip.

But, do not get too distracted, because you must pay attention to the names of the streets to know where you should descend. A key is to keep the map active to see your location in real time and to be able to see when you are about to get off. 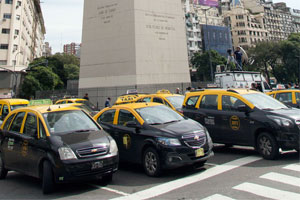 It is a fairly safe means of transport, and here we are going to leave you some tips:

The idea with these tips is not that you get scared, but that you stay tuned, although it is not something that common in the city.

It is a very common service in the city. It is easily accessible, since having this application on your cell phone is practically equivalent to having a car waiting anywhere for you to get on.

The price is quite accessible, and you can see it before getting in the car. The only thing, you must be very sure before confirming that the driver picks you up so as not to have problems later.

You can pay with Argentine pesos or with a credit card. Thousands of tourists and locals prefer to use their service, since it is cheaper, safer and much more reliable to move around the city. Here is a detailed note about Uber’s functionality.

One of the few reasons why you will want to use this means of transport is because it is the fastest and cheapest way to take you to Tigre!

If that is the case, here you will be able to see how to get to Tigre, and have all the information at hand to be able to enjoy this beautiful place in Buenos Aires, full of nature and beautiful landscapes.

And if you want to know everything you can do in Tigre, here we leave you this note with all the detail!