May Revolution, a road through its causes, its timeline and curiosities.

Let us trace our minds back to the year 1810, when it all began… Buenos Aires, in that instance, was the capital of the Viceroyalty of Río de la Plata; This means a fairly extensive territory with what we currently know as Uruguay, Bolivia, Paraguay and Brazil. This entire area was under the mandate of Viceroy Baltasar Hidalgo de Cisneros, selected by the Supreme Central Board of Spain, for which he ruled on behalf of the King.

When the news arrived from Europe, that the King abdicated in favor of Napoleon Bonaparte, and, in turn, the Junta was dissolved, many locals began to rise up against the Viceroy, arguing that his position no longer had legitimacy and they wanted his resignation.

Faced with this situation, there were several causes for deciding on the famous May Revolution of 1810.

CAUSES OF THE MAY REVOLUTION 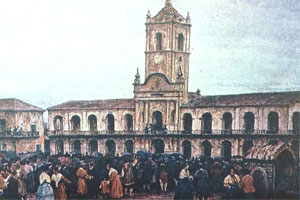 May 17, 1810: It is confirmed that France controlled the largest part of the Iberian Peninsula and the Junta had been dissolved. Creoles begin to question the Legitimacy of Cisneros in charge.

May 18, 1810: Demand of an Open Town Hall by the Creoles, with the idea of ​​debate about the continuity of the Viceroyalty.

May 22, 1810: Open Town Hall. The entrance to the Plaza with weapons is controlled, so that only the Creoles arrive at the Cabildo.

May 24, 1810: Viceroy Cisneros is appointed as president of the New Board, but the population takes it as a mockery of bad taste. 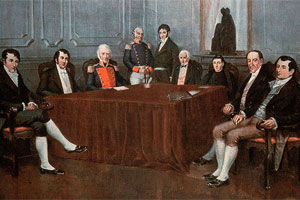 CONSEQUENCES OF THE REVOLUTION

This is how the May Revolution was carried out in 1810, which, six years later, led to the Declaration of Independence.