It is characterized by being an important historical point of the city, among several others that Buenos Aires has. 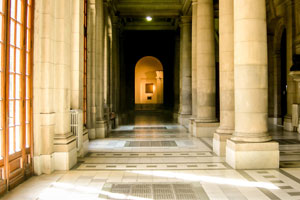 Its history dates between 1686 and 1722, when some monks built the church, to later add a museum, another church, administration offices, a library, and the first pharmacy that the city had.

The situation was complicated when Spain banned the order of Jesuits, so the entire complex was transformed.

The School took the name of Real School of Saint Charles, currently known as the National School of Buenos Aires. The Church became a Cathedral, and the pharmacy was converted into the first medical school.

The Spanish Viceroy Juan José de Vértiz, in 1780, in this same complex space, established the first printing press together with an orphanage. 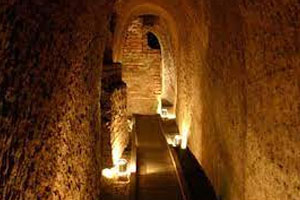 But what is really interesting about the Street of Lights is its network of underground tunnels. During the War of Independence, they served as a storage place for ammunition … it is a humble and uncertain belief.

Guided tours are conducted in Spanish, but, given the global situation of COVID-19, they are suspended until further notice.

Here we leave you its website so that you are informed about its reopening, schedules and protocols.