What to do in Barracas

What to do in Barracas, a guide to discovering this beautiful neighborhood.

It is one of the most traditional neighborhoods that the city has, which, even so, is not so visited by tourism. It has a particular charm for fans of the history of Buenos Aires, as well as for those who are in search of options beyond the key tourist spots.

Barracas knew how to be a space for the Buenos Aires aristocracy of the 19th century, to later transform into a neighborhood of workers, immigrants and factories that structured the country.

Here we leave you the main attractions that you will find in this neighborhood, and so that you know everything about What to do in Barracas: 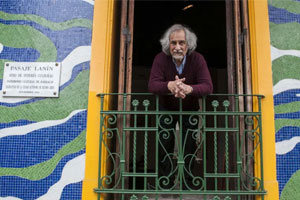 It is one of the most striking passages in the city. It has a curved design that borders the train tracks, with a typical old cobblestone and low houses that give it its design as a classic Buenos Aires space. In turn, in 2000, Marino Santa María, a plastic artist, intervened in this place, restoring facades, decorating them with colored mosaics, painting them with various shapes and styles. Right there, Marino has his workshop and house, and here we leave you his link.

A large number of neighbors have joined his work, managing to have 40 facades covered in colors and designs that made it one of the most fantastic streets in the city. 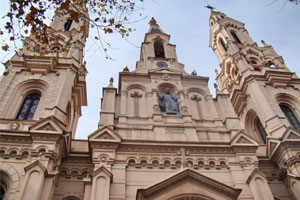 This place kept one of the best known stories of the city, which happened in Barracas: it is about Felicitas Guerrero, a lady of the Buenos Aires aristocracy with a rather tragic life, given the premature death of a son, added to the fact that she was the widow of very young and ended up murdered by the jealousy of a lover. Where today is Colombia Square, is where the Guerrero Family’s house was formerly located, and it is here where they made the decision to build a Church in honor of Santa Felicitas (a Roman martyr) to also remember Felicitas Guerrero, the daughter who had a tragic end. The style of the building is neo-Romanesque and it is one of the most beautiful churches in Buenos Aires. In addition to being an extract from one of the most tragic stories, it also has a museum to visit its tunnels. They functioned as a connection between the Church and the former residence of the Guerrero family. Inside the temple you will find a statue of Felicitas Guerrero with her deceased son.

Mason Temple of the Lodge The Sons of Labor 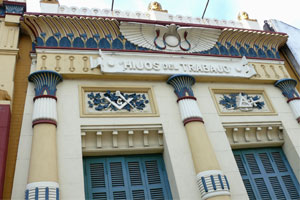 It was founded in 1882 thanks to immigrant workers and laborers. Formed mostly by Italians and Spaniards, who in 1880 became owners of a long house (typical ​​house of the Buenos Aires neighborhoods), to have a space to develop their activities. The architect Cabot, in 1919, decorated the façade of this place with symbols of Ancient Egypt, to continue the belief of some Masonic groups of the 18th and 19th centuries and continue with the rites and mysteries that the creators began at the time. of the pyramids. Without a doubt, it is one of the most dazzling facades in the city. 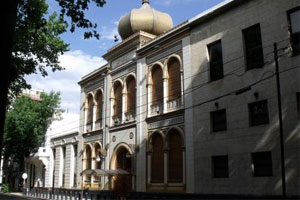 The city of Buenos Aires has one of the most prominent Jewish communities in the world. They arrived in our country at the end of the 19th century, together with the development of the first agricultural colonies, as well as, also, the first temples. Of the stories of each one, the most famous is the one of Eastern European Jews, who settled in the center of the city. Sephardic Jews, who are perhaps the most unknown, arrived from Syria and settled in Barracas, where they built this wonderful temple that was inaugurated in 1930, with Moorish and Andalusian architecture. Without a doubt, what is most striking about this place is the oriental style and its dome.

Here we leave you the link so you can discover all the Buenos Aires neighborhoods.