General José of San Martín, a review through the heroism of one of the most recognized characters in Argentina.

As we have told you on several occasions, our country has several important personalities for the country, whose commemoration dates are transformed into non-working days or holidays. These dates are about historical events that marked the history of Argentina. Here you will find the link to know the rest of the dates.

General José of San Martín is one of the most remembered liberators throughout America, and on 17 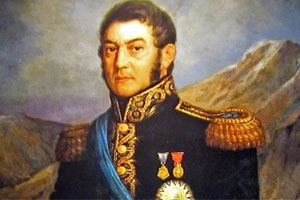 August commemorates his Step to Immortality. The beginnings of the May Revolution in Argentina were possible thanks to the participation and management of San Martín. For this reason, he is one of the most important heroes of our country.

But he was not only the one who brought freedom to Argentina, but he also fought for the emancipation of Chile and Peru, becoming, at the same time, one of the most important contributors to the right of self-determination for the Hispanic American peoples.

He formed the “Lautaro” lodge in 1813, with the aim of establishing the strategies that, later, would achieve the Independence of our country before the Spanish power. He was also the creator of the Regiment of Grenadiers on Horseback, whom he led in the renowned Battle of San Lorenzo.

Instead of General Manuel Belgrano, he was in charge of leading the Army of the North and, at this moment, the plan was conceived to dissolve the loyalist nuclei that kept the colonial system in the centers of power.

In Cuyo, where he was appointed Governor and whose headquarters was in Mendoza at that time, was where he gave 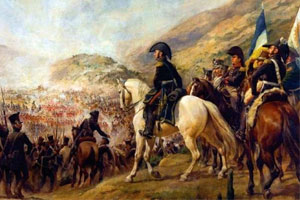 start of his project of the Crossing of the Andes to achieve the Chilean liberation. Emancipation achieved after the battles of Chacabuco and Maipú. After this victory, he went to the city of Lima to achieve the Independence of Peru in 1821.

After several battles and achievements, he retired to Europe, previously yielding his army to Simón Bolívar in 1822. His life in Europe did not reach the level of what such a hero deserved.

In 1850, on August 17, General José of San Martín died in France, in the town of Boulogne-Sur-Mer. The general’s remains managed to be repatriated 30 years later, in 1880. Currently, he finds peace in the Mausoleum of the Cathedral of Buenos Aires.

For this same reason, it is that every August 17 the Father and Liberator of our country is commemorated, celebrating his Step to Immortality.

“A man screaming makes more noise than a hundred thousand who are silent” – Without hesitation, he knew how to shout and defend the Homeland until the end of his days.