Veteran’s Day and the Fallen of Malvinas

Veteran’s Day and the Fallen of Malvinas, the story behind one of the most memorable days in Argentine history.

Every year, on April 2, the fallen of the Malvinas Islands War are commemorated. That same day, in 1982, Argentine troops arrived in the Islands to recover the territory that was invaded, in 1833, by the United Kingdom. 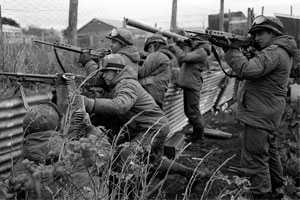 Since they were discovered in 1520, the islands had different countries in power: Spain, France and Argentina. But, it was in 1833 that the United Kingdom made the decision to fall on the islands to acquire possession of them. They evicted the Argentine residents of the colony of Puerto Soledad, with two warships. They fell on the main emplacement of the islands and, in the absence of defenses and weapons to face the invasion, the islands were easily invaded without being able to put up a fight. By 1840, the British had populated and acquired all of the islands.

Between 1980 and 1982, faced with a series of economic, political and social situations, the dispute between Argentina and the United Kingdom was revived and the conflict resurfaced.

In our country, the worst period (which we tell you about here) of the most terrible civic-military dictatorship that we live in was taking place. This scenario gave the Executive Cabinet the idea that, in order to improve the crisis and the weakening of State power, the best thing would be to recover our islands. 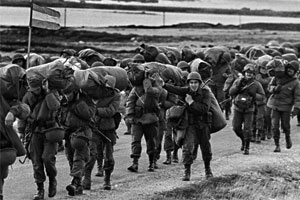 Argentine troops landed on the Malvinas Islands to plunge into 74 days of odyssey and war. It was carried out from April 2 to June 14, 1982. Due to not having enough military power, food, strategy or soldiers, the Argentine army ended up surrendering.

With a total of 649 fallen Argentine soldiers, 255 British and 3 island civilians, the defeat managed to politically break the de facto government, bringing as a consequence a perfect scenario to return to democracy with the Government of Raúl Alfonsín in 1983.

The dispute between the two countries remains unresolved and endless, but has become a purely diplomatic matter. The United Kingdom considers them part of its territory although there is no defined sovereignty. For Argentines, the Malvinas are and will be always Argentine. 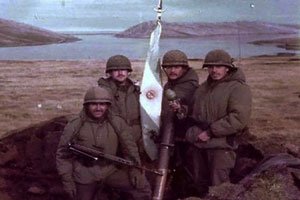 The commemoration of the Veteran’s Day and the Fallen of Malvinas in 2000 is made official under a decree of law where it is established as an irremovable holiday, in addition to becoming a non-working day throughout the country. Honoring all the young people who were recruited for this war, those who gave their lives to pay tribute to our country, defending the territory that belongs to us until the last day, is the objective of this date.

Absolutely, it is a day that causes a lot of sensitivity in Argentine society even today. We will never forget all those heroes who fought tirelessly to defend and preserve our islands.

You can learn more about the most important dates and Argentine History here.