During the 20th century, Argentina had an immense wave of immigration, so that a large number of families from different parts of the world came to our country looking for a new opportunity to live better. This is the case of one of the most representative nationalities of this wave, which are Italians. Throughout the country, they displayed their culture and traditions, so you will not be surprised to find many ice cream and pizza places in different parts of Argentina.

Once you finish, you will be able to select your favorite. For our part, we want to invite you to leave us your selection in comments. Now yes, Good Advantage and enjoy! 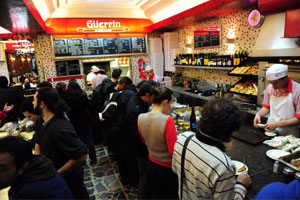 In 1932, in the heart of the Microcentro neighborhood, it opened its doors for the first time. Its location is very strategic, since it is located on one of the busiest avenues in the city: Av. Corrientes 1368. Surely, you will pass through here many times, since it is a very popular street.

It becames known for its “Pass-Through Pizza” style, the idea is to just go and taste a couple of servings at the bar and leave. It has a wide variety of pizza options and styles, as well as being one of the best in the City. Without a doubt, you will not regret going to try everything they offer!

Here we leave your website to tempt you even more! 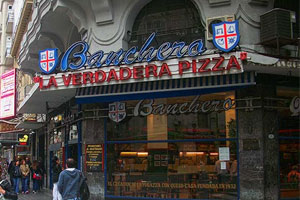 They define themselves as “The Real Pizza.” In this case, it is a classic neighborhood pizzeria, located in La Boca. In 1932, too, it opened its doors at the hands of the Genoese immigrant Agustín Banchero. However, the one who was in charge of opening this place was his son, Juan Banchero.

The first branch is located at the intersection of Suárez and Almirante Brown streets. Likewise, they have a second location a few steps from Güerrín. We recommend you visit that place, so that it is part of the tour and you do not have to move to another area.

They became popular for creating the famous Fugazza with cheese. 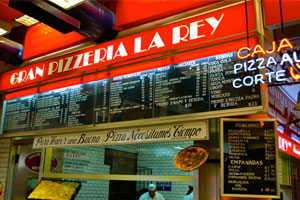 Founded in 1953, by a group of merchants under the command of Pepe Rey and Manuel Barreiro. Several renovations happened in 2010 to bring a bit of modern flair to the interior.

It has a wood oven, a variety of combos to avoid spending too much and 50 varieties of pizza tastes.

It is also located in Av. Corrientes, near the previous ones. 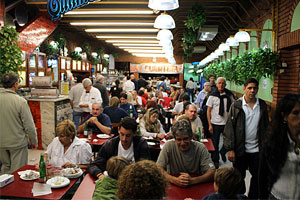 It was founded in 1930, but the goodwill was acquired by employees in 1957 until today.

Located right next to the Opera Theater on Av. Corrientes.

The pizza to the mold is his specialty; It is a much thicker dough and not too crunchy. Ideally, you should eat it with cutlery and a plate! However, it also has the option of Pizza on the stone or half dough. The only thing, do not forget to clarify it when placing your order, because its tradition is pizza to the mold. Another feature of this place is that the pizza comes with A LOT of cheese!