Every July 9 of each year, Argentina celebrates an immovable holiday, since in 1816 the country’s independence from the Spanish monarchy was declared. It was on that date that the events that began in 1810 with the May Revolution came to an end. If you want to find out more about the Revolution, we leave you this complete note.

With the urgent need to overthrow the colonialism of Spain, driven by the tireless desires of liberation, it was on July 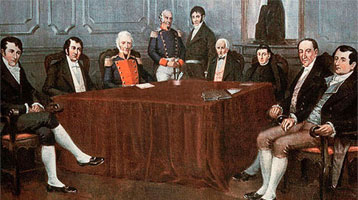 9, 1816 that the independence of the country was gestated. It had a unanimous vote, which was carried out in the House of Tucumán. They met, voted and, finally, the Governing Board was born, the initial step towards the final declaration of absolute independence.

Under the idea of ​​”fraternity, equality and freedom” brought by the French Revolution of 1789, added to the Declaration of Independence of the United States in 1776, the Argentine wishes for freedom arose. With the resignation of power by Fernando VII against Napoleon Bonaparte in 1808, the Viceroyalty of Río de la Plata and its members managed to feel closely that the imminent crisis was in Spanish power. Given these circumstances, it was that they took advantage of the moment to be able, thus, to claim the economic and political power of the country, creating, in turn, the Board of Buenos Aires in 1810. 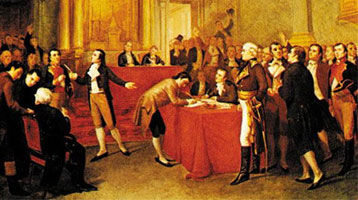 Six years were enough for, finally, on July 9, 1816, the Independence of Argentina was declared in the Congress of Tucumán. The declaration specifies Argentina as a “… free and independent nation of King Ferdinand VII, his successors and metropolis, and all other foreign domination.” This last part was added a few years later, when they realized that, if they did not added: “and all other foreign domination” the ideas of being able to conquer our territory would continue in force. Thus, there is no doubt that Argentina is a free country and no one can request its sovereignty or government.

In this way, Argentina’s political dependence on the Spanish monarchy came to an end, after arduous years of struggle and resistance. The Independence Day of Argentina finally arrived.

To find out all the important dates in the history of the country, here is a link.