What to do in Caballito

What to do in Caballito, a list with the best places to see and enjoy the best attractions in a not very popular but very interesting neighborhood.

It is one of the neighborhoods of the City of Buenos Aires, which is located in the center of the city’s geography. Although it is not common for it to be visited by tourists, it tries to position itself among the most beautiful neighborhoods to live in, as well as being a place frequented by the daily lives of the locals. If you are interested in discovering places that are far from the tourist centers or the classic neighborhoods, this is a place for you to dedicate at least one day.

Its name is the product of a grocery store that was founded by Nicolás Vila in 1821. Located at the intersection of the corners of the current streets Emilio Mitre and Av. Rivadavia, it was famous because it had a weather vane in the shape of a Horse. For this reason, the neighborhood bears that name.

Let’s go to see our list of places so that you know what to do in Caballito: 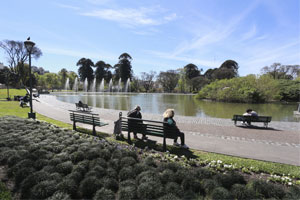 It is one of the most renowned parks in the city, and not for less, it is the key point to meet among families from the neighborhood, neighbors and visitors from the surroundings of the center. It is located in a framework of streets and avenues extremely frequented by millions of porteños every day.

It was built in 1910, to commemorate the Argentine Centennial, hence its name. It has a huge lagoon frequented by ducks and geese, an amphitheater added 40 years after its construction, a variety of sculptures that will make you feel on a different walk, various institutions and buildings surround it and show its architecture that stands out from the rest of the area, in addition to having huge spaces to carry out different sports or entertainment activities.

The buildings that you can find surrounding the park are: the Naval Hospital, with its outstanding avant-garde architecture by Clorindo Testa, a renowned brutalist architect, which is an imitation of a ship but in a building; the Luis Pasteur Institute of Zoonosis, with its building in a pictorial style; the Association of Friends of Astronomy, who have a rational-style building including an observatory and a radar; the famous Bernardino Rivadavia Museum of Natural Sciences, with an imposing building; and several nearby hospitals as well, which maintain the styles mentioned above. 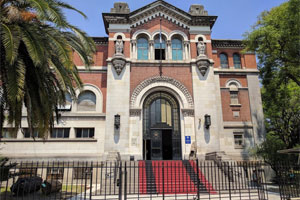 Since we mentioned it above, we are going to tell you about this imposing Museum, which is one of the oldest in our country. It was founded in 1812, but it was located in different buildings in the city center until, in 1937, it was moved to Parque Centenario. Here, they built a building that was thought and created especially for this Museum. On its façade, it has perfect ornaments that allude to the world of nature, with bas-reliefs of vegetables and animals, various iron works for the doors that form spiderwebs. It really has some architectural work worth seeing. In addition, it has the best collections of varied species of animals and dinosaur fossils! It is an excellent place to go with the family and children as well.

Due to the global pandemic of COVID-19, the Museum is closed, but we leave you its website to have updated information. 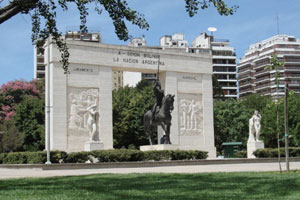 It is a large park, located on the famous Rivadavia Avenue, very close to the Acoyte Line A Subway station. These two streets are among the best known in the neighborhood and where, in addition, several bus lines pass.

Erected on the old grounds of Quinta Lezica, you will notice that there are always people inside the park, because, like Parque Centenario, this site is a meeting point for friends, families and neighbors. You will also see many people doing sports or other entertainment activities. It has a playground for children, in addition to having an imposing Monument to Simón Bolívar, several fountains and sculptures that adorn it and give it a different touch. On each path, you will find comfortable benches to sit and enjoy its variety of trees. Here, too, is one of the busiest fairs if you’re looking for great book, movie, and magazine titles. 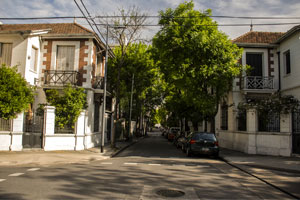 It is likely that you hear this denomination in various sectors of the City of Buenos Aires, since they were areas that were destined to be able to build the homes of the workers, mostly of English nationality, who worked in the construction of the railway. In 1923, a variety of neoclassical, neo-renaissance and Tudor-style houses were built in this area of ​​Caballito. Currently, it is listed as one of the most exclusive and luxurious places in the neighborhood, since the styles of the houses, the tranquility of the streets and the picturesqueness of the general landscape, enhance the peace and luxury of living here. We recommend that you move away from Av. Rivadavia to the side of Av. Juan Bautista Alberdi and start to delight your eyes with the houses that you will see there, mixed between modern buildings. 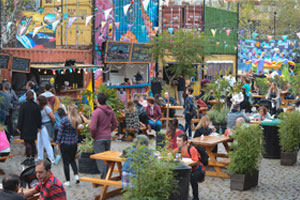 It is the modern Gastronomic Pole in the Caballito neighborhood, which follows world gastronomy trends to the letter: with a variety of styles for every taste, outdoor tables, modern food stalls and craft beer. It is located in the old train site, where, in the past, milk production arrived from the interior of our country, hence its name. It is an excellent place to take a break after knowing Caballito, enjoy a delicious beer and a good meal. 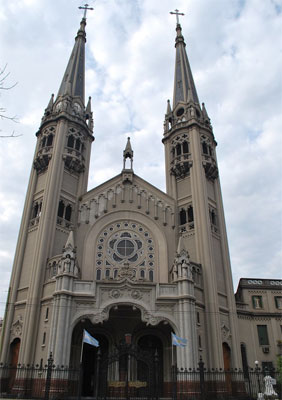 It is a neo-Gothic temple, one of the most beautiful that Buenos Aires has. The images and symbols it has is the most amazing part to see, as each one tells a different story. In order not to leave you with extreme curiosity, we tell you, for example, that its doors are a tribute to Mendoza, Solís and Garay, the Spaniards who played an important role in the founding of the City. Also, there is a dressing room that bears the name of “Virgin General” and is a tribute to the Virgin of Mercy. She was in charge of the baton of Manuel Belgrano, who was arranged under his protective halo in the Northern Campaign. These and many more stories, you will be able to know and enjoy this beautiful temple of Caballito.

It is located in the old Workshop of the famous national sculptor Luis Perlotti, who has donated the entire collection he had before he died. It is a museum that is dedicated to the works and sculptures of great national artists. To its credit, it has a collection of the great Perlotti, with an American style, and murals by Benito Quinquela Martín, among others.

– As a bonus to all the attractions that Caballito has, on weekends you can take a tour in the Typical Historic Tram of the neighborhood. On your journey you will feel that you went back to antiquity, since the vehicles maintain their essence. We leave your site here so you can see the hours and days of the tour.