North Coast Buenos Aires, an outdoor space with many free activities for you to enjoy!

Thought in the time of Alvear as president of the country, as a tour to enjoy the outdoors in the North of the City of Buenos Aires. It is a path that runs parallel to the Río de la Plata, and that, at the same time, joins the Ciudad Universitaria neighborhood with Recoleta, passing through the middle of Palermo. 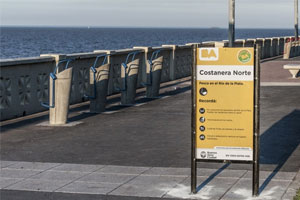 Developed on top of some landfill that was in this place, which was extracted in the process of building the Subway of Line B. It was decreed in 1938 that these lands were destined to build public parks, next to the promenade that we know today.

It is a space that fuses various styles and places that highlight it in the list of the most beautiful and pleasant places in the city. You can take a beautiful walk along the river, take a break with the contemplation of that fantastic view or carry out a sport or activity. Another characteristic that you will notice here is that it does not have buildings nearby that cover the landscape, so it reaches a level of peace and unique visual delight. A sunset on this site is really shocking! You won’t regret spending a few minutes here.

As you go through it, you will see many shopping centers, a huge amount of green spaces and several recreation and sports areas. In turn, there are a variety of restaurants, bars and street food carts, which are the ones we recommend the most, since the options are traditional and delicious! Do not take its aesthetic appearance as a guide, because the food is worth trying. Among the options, the most requested by the public is the Bondiola Sandwich and the Choripán, two Argentine classics.

Halfway through, you will be able to see the Jorge Newbery Airport, which is 2kms from the city center. And, also, you are going to see a huge Park inaugurated in 2013, whose main objective is to unite the greatest number of extreme sports in one place, creating a space to practice them. Among these you will see skateboarding, longboarding, biceps and palestra. Clearly cyclists are also included in the plan, so you will see a lot of bike paths. If you do not do any of these sports, do not worry, there are several benches throughout the site so you can sit, rest and recreate the view.

In this place, fishermen abound, so do not be surprised if you see many there. At the same time, you will see an old and very imposing building that will attract your attention, that place is the Fishermen’s Club.

Arriving at the end of the Coast, you will find the Memory Park, a space destined to keep alive the memory of the victims of state terrorism under which the country was subjected during the period of 1976 and 1983.

Finally, reaching the border between the capital and the province, you will see the Children’s Park. It is a coastal site, with 32 hectares that provide an open-air space and that, in summer time, Buenos Aires Beach operates, a movement generated by the government that places chairs, umbrellas and various activities are carried out to those who attend. A bridge crosses from this site to the Walk of Vicente López, already on the Province side. 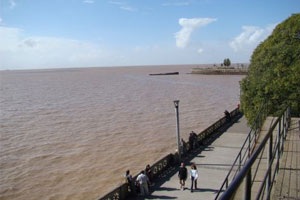 As you may have realized with everything we tell you, this space is a place that cuts off the typical hustle and bustle of the city, but actually seems more alien than anything else. Our recommendation is that you allow yourself some time of the day to go there, more than anything, if it is a sunny day, you will enjoy it much more!

Here we leave you our note on what to do in Puerto Madero, since it is an area very close to North Coast Buenos Aires, in case you want to continue walking a little more during the day!