Memory Park Buenos Aires, a space in the middle of the city to honor, remember and reflect.

Argentina was the victim of terrible episodes and times of State Terrorism that were really tedious for the whole of society. That time left many victims and marks in its wake, which will forever be in the memory of Argentines. 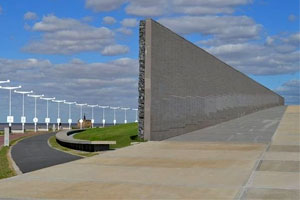 Memory Park Buenos Aires is, in itself, a Monument space. The idea was to establish a place that constantly honors all the victims left by State Terrorism.

Located in the middle of North Coast, a few meters from the coast of the Río de la Plata, it is about 14 hectares with a wall where the names of all those people who were killed, detained or disappeared during this time of repression by the state.

The whole design of this place creates a very sensitive space, to feel that we listen to that voiceless testimony of those who are no more. It combines a contemporary style with the landscape of the River as a horizon, added to those names written on the wall. It was possible to create a timeless space for reflection and an eternal memory to pay tribute to them tirelessly. 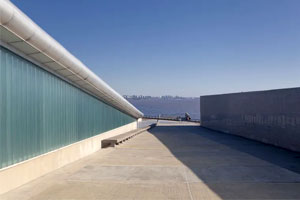 This place was created in 1998, when the City Legislature sanctioned Law 46, where both the Legislative and Executive Powers of the City, in addition to the University of Buenos Aires and Organizations that advocate for human rights, united their forces at work to make this space a reality.

Its main objective is the motto “NEVER AGAIN”, sustained over time, so that future generations are also aware of these episodes and work so that they do not happen again.

Inaugurated in 2007 in this area given its location next to Aeroparque, because from there, it was where many flights had taken off with kidnapped people at the time of State Terrorism, to later throw them into the river and never hear anything about it again. 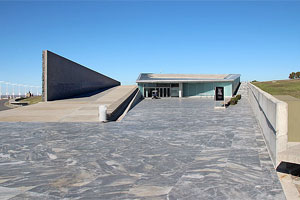 It has a total of 30,000 plaques with the names of all the victims, located on 4 concrete stelae. Of that total, 9,000 plates are located in chronological order by the year of murder or disappearance, and alphabetically. In addition, you will find the PAyS (Present Now and Always) room, which is a room with cultural and artistic activities, an information center of the disappeared and works of art from the 1999 International Sculpture Competition.

Every inch of this place is designed to underline the need we have to create a fairer society, in addition to seeing the mark that the history of our country will bear forever, the reason for the violence of the State that it exerted between 1976 and 1983.