Colonial Buildings Buenos Aires, all the details of the most beautiful and oldest buildings in the city.

Buenos Aires was mutating and, clearly, it is currently quite different from how it was seen in colonial times. Contrasting it with other places in South America, it was not a city with enormous mineral wealth, in addition to having a fairly simple and austere architecture. Since it was founded in 1580, the first buildings were made of adobe, so they did not survive. It was not until the 18th century that buildings began to be built with brick, a material that is also used to this day.

At the end of the 19th century, the antiquity of Buenos Aires and the simplicity of the colonial legacy gave way to the opulent metropolis of neoclassical style. For this reason, those colonial buildings that managed to survive, although they are not a significant number in quantity, their value remains unmatched.

For this reason, we want to list the most outstanding ones so that you can get to know them and let yourself be dazzled by them. Now, let’s start the tour of Colonial Buildings Buenos Aires: 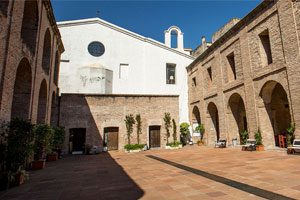 Returning to the use of brick as the main construction material, we must bear in mind that the Jesuits were the first to include it, allowing stronger and more stable buildings than the adobe or mud that were used in the first years of life of this great town. For this reason, the first oldest building in Buenos Aires is the Church of San Ignacio of Loyola. Built in 1722, it is located next to the renowned Manzana de las Luces (Street of Lights), which was an old Jesuit cloister, which we tell you more about here!

Currently, the Manzana de las Luces has guided tours, so you can tour and learn more about this place. Here is the website for more information. 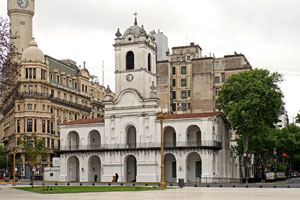 At first it was a Hispanic Institution, to later become the site where the First Governing Board was created in May 1810.

Its construction, too, was at the hands of Jesuits. Construction began in 1725, to be partially inaugurated in 1740. Over the years, details were added, such as the tower in 1767. It underwent repeated modifications, so an important part of the lateral arches were modified, in addition to the original tower having been demolished, to be rebuilt during the 20th century, trying to return to its originality.

Here we leave you the website so you can visit it. 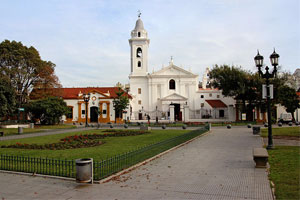 It is the second oldest building in Buenos Aires, which was inaugurated in 1732. Currently, it is part of the list of the most intact colonial corners in the city, and one of the most beautiful. It has a collection of wooden altars, baroque style, with gold. Located next to the Recoleta Cultural Center, where you will see some cloisters of its old convent. 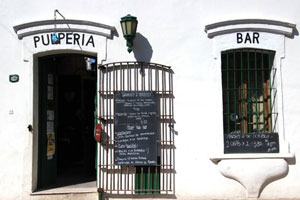 At 1344 Defensa Street, you will find this gastronomic place that has an air of the typical country pulperías: traditional and very pleasant! With a simple façade, it is a single storey building, with brick covered with lime. It was built in the 7th century to function as a family home, and later became a tenement house for immigrants. The San Telmo Foundation was responsible for its restoration for the enjoyment of visitors.

Here we leave you their website in case you want to go and delight yourself with their exquisite dishes. 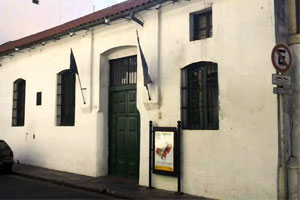 Between the border of the neighborhood of San Telmo with Montserrat, this house is located, on Venezuela, whose owner was the viceroy of Buenos Aires, hero before the English invasions. We are talking about Santiago de Liniers, a French sailor. This house survived over the years, and is currently the headquarters of the General Directorate of Heritage. 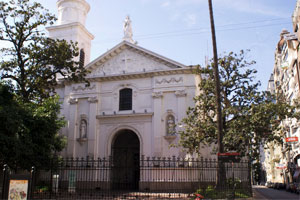 In the Downtown area of ​​the city, you will find this small church. It is the first convent of nuns that Buenos Aires had, Santa Catalina de Siena, whose colonial spirit remains intact. With bricks covered in lime, wooden altars in golden leaf. Currently, in the old cloister, you will find offices for rent and a restaurant. For witnessing the English invasions, every July 5 of each year, the Patrician Regiment performs an act here. 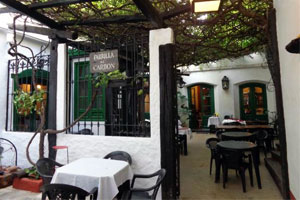 In the neighborhood of San Telmo, precisely on Carlos Calvo street, we will find two colonial houses of great importance. One is the House of Esteban de Luca, patriot of the May Revolution, poet and soldier. The other is the Old Knife Tasca (Antigua Tasca de los Cuchilleros). Currently, they have been converted into restaurants, where you can enjoy the typical colonial atmosphere of origin. 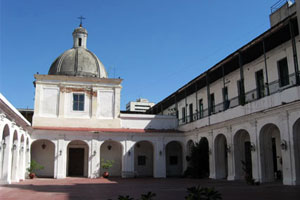 Next to the Church of San Pedro Telmo, in the same neighborhood of San Telmo, we will find the Penitentiary Museum. Inside, the old colonial-style cloister, from the order of the Betlemitas, remains intact. On the side of the church, we can tell you that the current decorations were from centuries after its construction in the colonial era.

It was built in 1808 and was one of the few residential buildings with two floors in the entire city. Given this exception and reason for wealth to live there, they were given the name “Highs”. Currently, there is the Museum of the City of Buenos Aires. 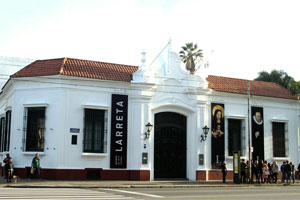 Some other buildings in the city tend to appear colonial in style, but they are not completely original, rather they recreate those styles in constructions after the era. Likewise, with a little good eye you will be able to distinguish them.

Two examples of a recreated colonial style are the Larreta Spanish Art Museum and the Isaac Fernández Blanco Museum. We recommend you visit both!

Here we tell you about the beautiful Domes that you can see in the city!

To know everything you can do in Buenos Aires, we leave you the link here.

In this link you will be able to know everything about the Palaces that are in Buenos Aires.