Frigate Sarmiento Buenos Aires, all the information about one of the largest ships you will see in Puerto Madero.

Its name is due to the founder of the Argentine Naval School, Domingo Faustino Sarmiento, hence it is known as President Sarmiento Frigate. 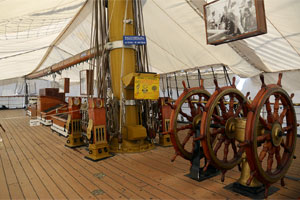 A ship far in advance when it was created as a training ship for the navy in 1868. It undertook 37 voyages around the world between 1889 and 1938, as well as operating until 1960 as a practice ship in national waters. After these journeys, it was decided to declare it a National Historical Monument, the same role it currently has, where all the trips and official missions it carried out can be observed and known.

It has an important figurehead with a representative image of the Argentine Republic, a steel hull lined with wood and copper plate, as well as three masts. 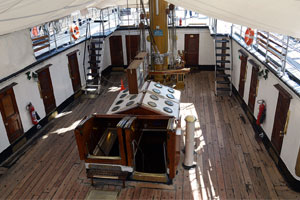 Representative of our country in different protocol events, such as the Coronation of Edward VII of the United Kingdom, the celebrations of the Centennial of the Independence of Mexico, the Opening of the Panama Canal and the Inauguration of the statue in honor of Saint Martin in Boulogne Sur Mer (France).

Ambassador of Peace of the Argentine Nation, even in situations of world wars, culminated her journey through the waters in 1939, becoming an instructive space for the Naval Military School. There, it was used for short training voyages at sea. In the 1950s it was used for the Uruguay, Paraná and de la Plata Rivers.

It ended up becoming in 1961 the Museum Ship of the Argentine Navy, to end up being the National Historical Monument a year later. It has been located since then, in Dock III of Puerto Madero. 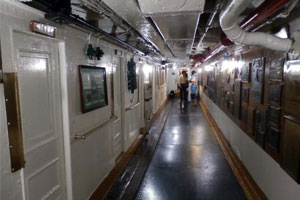 By visiting this imposing vessel, you will be able to experience life inside a ship of such size, in addition to going through all the nooks and crannies it has and visiting the engine room. You will be able to observe memories of the crew members who passed through here, from all over the world, in the rooms inside.

As they do not have a website, we leave you a contact number, in case you need to find out current protocols, reservations and schedules (+5411) 4334-9386.

To know everything you can do in Puerto Madero, we leave you here the link to the details!