Martín Miguel of Güemes, the story of one of the most important characters in the history of the country.

In Argentina, there are many important personalities, which are a fundamental part of the history. For this reason, we are going to tell you a little about the most outstanding events, so that, also, you know the reason why many dates on the national calendar become days of commemoration, celebration or non-working days.

In this case, we are going to tell you why, every year, on June 17, the Passage to the Immortality of General 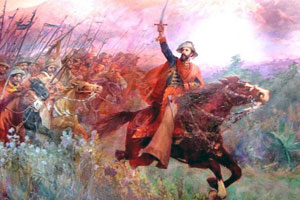 Martín Miguel de Güemes is remembered. He was a military man and politician with a leading role in the Argentine War of Independence.

He was the main organizer of the Gaucho War, disputed between the years 1810 and 1824, thanks to which the invasive intentions by the Spanish through the North of our country were stopped. Thanks to his role and perfect execution, the importance of Güemes is given, since we were able to preserve the intact territory as a result of his heroism.

Being only a 14-year-old boy, he decided to enlist in the Fixed Infantry Regiment, in the city of Salta, the land where he was born.

He participated in innumerable battles and wars, some known worldwide, such as the seizure of the English ship stranded in the Port of Buenos Aires. With his group of horsemen in charge, Güemes achieves his surrender. At that time, he was only 15 years old. 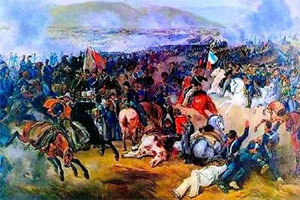 In turn, Güemes is recognized as a great strategist and faithful defender of the Viceroyalty of Río de la Plata.

Unfortunately, his death was an agony that lasted many days, due to a wound suffered in the fight with the Spanish Coronel, José María Valdés, who tried to occupy the city of Salta, without succeeding thanks to Güemes’ strategies.

He died on June 17, 1821, with only 36 years old. Even without the presence of Güemes, his men managed to defeat the enemies and made the Spanish army leave the city, under the command of Jorge Enrique Vidt.

There is no doubt that the victories that Argentina obtained defending its territory were viable thanks to the impeccable performance of General Martín Miguel de Güemes. That is why, every June 17, the passage to his immortality is commemorated, and the Government of Salta pays him honor with official activities, flowers and music, as well as, they raise flags to pay tribute to him and keep his memory intact.

If you want to know more about the Ephemeris of Argentina, here is the link!